What a beautiful day it was today.  The weatherman was wrong….again…..but it was beautiful! Snow was falling on our trip out and I felt like I was in the middle of a Norman Rockwell painting it was so beautiful. I took a minute to capture a couple of pics once we were to the truck and driving the 3/4 of a mile to the road.  I hope you enjoy them as much as I do.

The girls and I made our trip to town to stock up on things we may need and check the mail.  I am not much for going to town but have to say today people were even more friendly than normal-could it be the season? I spent half an hour talking to a lovely older gentleman in he post office who spent the tie telling me about the area 40 years ago and being the history buff I am I wish it could have been longer.

Dear hubby met us at the parking area to help haul in the bounty from town and pick up the things I lose on the trail. Yes I get lost in thought and am tooling right along and don’t notice when 20 pounds of potatoes exits the trailer, thank heavens he doesn’t have his head in the clouds too!

The guys had a good time today with the females all gone, they hauled water, cut wood and watched the pig antics.  Pigs that are supposed to be such smart creatures sometimes do the silliest things.  Today Sir Hammington being the nosey creature he is decides sniffing the shovel that is leaning against the electric fence-would be a grand idea.  He of course gets shocked and does a flip, squeals and runs off. Charlotte who is standing there witnessing this and who herself is well versed in electric fences then decides that maybe she should see if it really does shock and repeats the same silly moves.  I guess the smart pig theory has just been proven wrong.

Still no goat babies, I can tell you I am getting antsy waiting.  According to the dates I have down, the appearance of both Bubbles Jr. and Bella they should have had their babies by now.  I guess it’s a waiting game as I have explained to them numerous times I am tired of waiting!

Not much else to report but will post as soon as we have some cue little goat kids on the ground but for now I think I will put on my warm coat, grab a cup of hot coffee and go spend a few minutes watching the snowfall on my little piece of paradise.  I believe its time to go Thank God for the many blessings he bestowed upon this family today.

I was reading some of my Facebook posts from summer and thought I would share. This was while we still had no real roof just a canvas one, the loft didn’t exist yet and we were all crammed into 16×20 feet. We had non stop rain for a week prior.
What a glorious day today was! Sun shining brightly and a gentle breeze carrying the salty scent of the ocean a across the tree tops. I had the door and window open so I could enjoy the outdoors while I cleaned and aired out the cabin after being closed in for days due to rain. I really should not do that as I get so easily distracted by the grunts and squeals of 4 little pigs begging for a belly scratching then the goats feeling slighted start with their games of “look at me I’m adorable”. Head butting and King of the mountain kept me distracted for almost an hour as I pondered how they could crash so hard horn against horn and sometimes skull against skull and not have a headache.
The Chicken tractor was moved today to fresh greenery and it is always fun to watch them rush out into their “New World” and dance around exploring, scratching and pecking for the latest treat the earth has to offer.
Children laughing and playing is music to my ears in the background as they release the tension built up from days of attempting to be quiet and reserved. Yes the kids are covered from head to toe in mud but they will wash and the freedom to be creative and imaginative should not be hindered nor could not be hindered by such a thing as keeping clean.
Supper is over and once again the kids have returned to a land far away just outside my window. With an old bath tub as their ship and a pup tent as the far away island.
No, my cleaning did not get completed today but the day was most definitely not wasted. 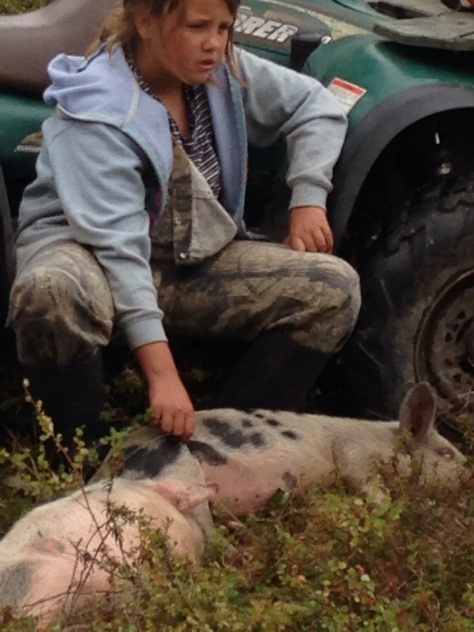 Today was another cloudy day with rain showers and even though it was 45 degrees out it felt colder due to the wind but I have the best hubby! Even through the rain and wind he and Fred worked tirelessly to finish the walls and roof on my new kidding shed and by the looks of things we will have new babies soon. 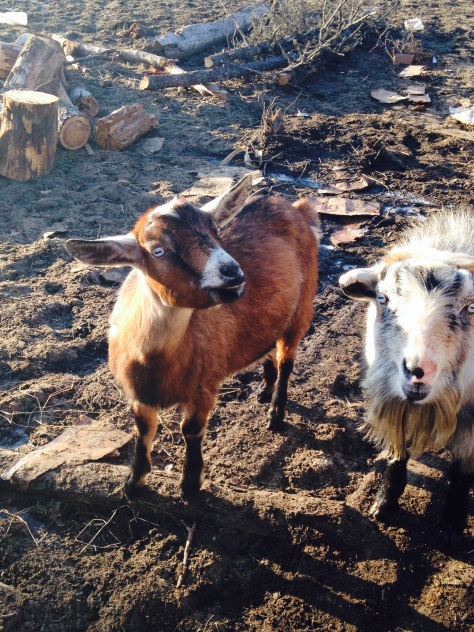 My day was filled with much of the norm-cooking,cleaning,school for the 2 legged kiddos and trying to complete mittens I’m making for the girls’ birthday presents.
No sign of the wolf that has been growing ever bolder maybe that warning shot with the shotgun scared him off-I can only pray it did.
Still looking for winter. I am one of those oddballs that likes it or maybe it’s because frozen ground much easier to navigate than this

If the girls look bored it’s because we have experienced this event so many times NOT getting stuck at least once a trip in or out is cause for celebration. This particular time did give me concern as I was already running late and it was getting dark. To top it all off the wolves started howling which made me extremely nervous knowing I had 2 children to protect.
The day is done now so I will leave you with this thought-What price can you put on peace? My life as hectic, hard, and crazy as it is, at the end of the day be it watching the sunset on Mt.Iliamna or the fire crackling in the stove I Thank God for the peaceful place he has provided me.

As you know we have 3 children who live one the homestead Cami, Cati and Caleb. Our children love life out here where they have had room to run and grow.
We homeschool and of course no tv means finding other ways of entertaining themselves and while during nice weather there’s always something fun to do out doors the rainy days with three energetic children in a 16×20 cabin can be just plain crazy! Happily I can now say they have all discovered the joy of reading. We have always provided lots of books but I have to say that a dear friend Cathy inspired them more than I ever could when she sent them the “Diary of a whimpy kid set and then God Bless her she found the series Left Behind “The Kids” and sent those too. All of my kids enjoy reading them and Cami has completed all 35 books since September! 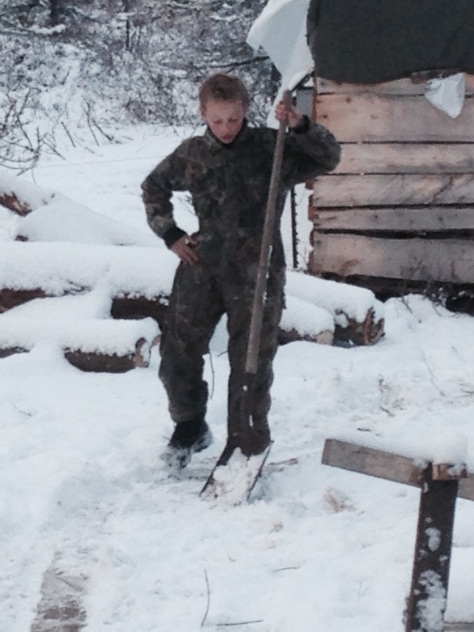 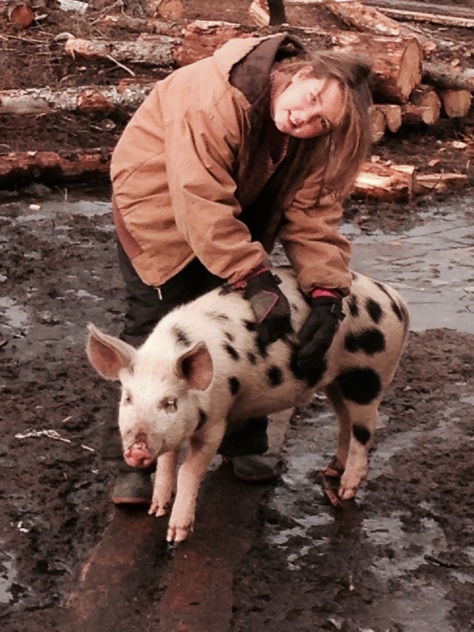 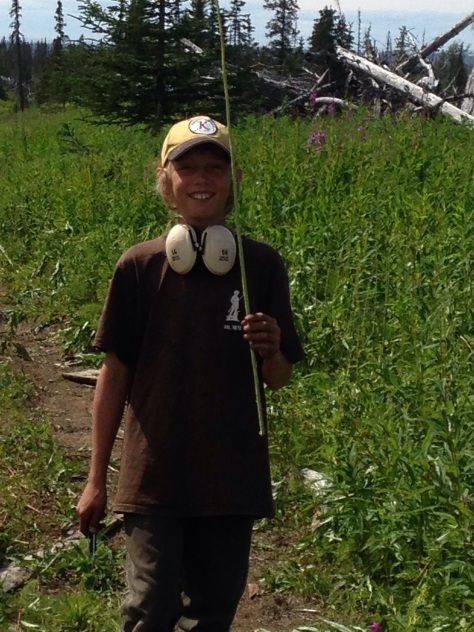