Finally!!!! Yes I got to play in the dirt yesterday. I guess you can never out grow or outrun that desire once you’ve experienced the feel of it between your fingers and inhaled the earthy sweet aroma. Gardening to me is really just an excuse to play in the dirt and now I have people encouraging me to do it!

Yesterday we recieved more care packages from Cathy up in North Pole and Steve from down south. Both included seed packets that I hope I can turn into a vegetable garden. Gardening has always been an important part of my life (I can’t seem to stay out of the dirt ever) but I have come to realize that there are many issues to deal with that are unique to Alaska. First off the soil is so rich in peat moss and so acidic most plants dislike it immensely-except for potatoes, tomatoes and cucumbers that seem to love it. The second issue is it is too wet in many areas so one must get creative. I had planned to try straw bale gardening but breakup came to quickly so that will have to come another year. The mini greenhouse is complete and so far I have filled 146 pots with soil to get my plants started. I did go out at 11 last night to see if it froze because the temps dropped to 26 and ice on the outside of the plastic but inside was toasty!  Yay! Today I plant!

While the seedlings get there start we will construct the main greenhouse and the plan is to have it then a fenced in area on each side for cold crops and yes I must at least attempt to grow my sweet corn. Anyone who knows me knows that before Alaska I had huge crops of sweet corn every year-I will again even if it means building more greenhouses! I carried 5 pounds of my heirloom seed here that I harvested from our 2013 crop and have done a germination test its sprouting about 95 percent so I’m going to give it a try!

Poor bubbles was in misery yesterday, with twins to feed you would think she would be sucked dry but that isn’t the case. The twins are thriving and she still looks like a jersey her bag is so big and full. I milked part of her out yesterday and got a quart-no where close to emptying her so beginning today she will get milked twice a day. From the looks of her milk she will be a high butterfat content so more cream in our future! I have a separator now and will be putting it to use frequently. With 3 more goats left to kid we won’t have a shortage of milk!

Made 2 more pounds of cheese yesterday and it’s in the press. Going to make cream cheese today or perhaps tomorrow. Cati has been wanting to bake a cheesecake and we finally are producing enough cream and eggs to do it! What a great way to celebrate yet another small victory in our lives.

There are still some who question our sanity. Living out where roads don’t exist, water must be hauled from the spring or creek and everything we cook or heat must be done with wood but each day I see my children growing in knowledge, discovering new things, using the gifts God gave them to tackle problems or designing ways to do things that improves our lives I realize we truly are doing what is best for them. They have knowledge of survival and reasoning way beyond their years.

No posting in a muddy month would be complete without a bit on my latest gymnastic moves in the mud so I won’t  keep you in suspense any longer. Those who have followed my blog know when God was giving out gracefulness he missed me. I can take a simple 10 yard walk and turn it into something that would rival any Olympic floor event! While walking back to the cabin to retrieve more supplies for potting I tripped over a chicken-yes it is possible. Not wanting to squash the poor thing I attempted to hop onto my other foot that snagged in some unseen cranberry bush that I swear deliberately wrapped itself around the toe of my rubber boot. Trying to extricate my self from it while remaining upright ( yeah like that was gonna happen) I somehow twisted, turned, half leapt and finally landed in the opposite direction on my backside-in the mud-with Henny the bossy chicken between my legs ranting in chicken talk and I’m sure she wasn’t using polite words but who can blame her? I’d be upset too if a giant almost fell on me! Of course my goats heard the commotion and never want to miss out on anything so they had to make a scene running over bleating to the world (as if Henny hadn’t already made enough noise) and while Ginger, Snap and Princess Longhorn were showing genuine concern by nudging, nosing and licking me I swear Bandit and Bella were smirking and laughing! Thank heavens Jack the rooster heard the commotion and with a few flaps of his wings and much squawking dispersed the crowd enough that I could right myself.

Yes homesteading life holds many dangers but if I do encounter a bear it will probably be laughing so hard at my ungraceful moves it won’t have time to eat me!

I’ll leave you with a few random pictures of life on the farm and continued prayers that you have a life blessed by the Father. 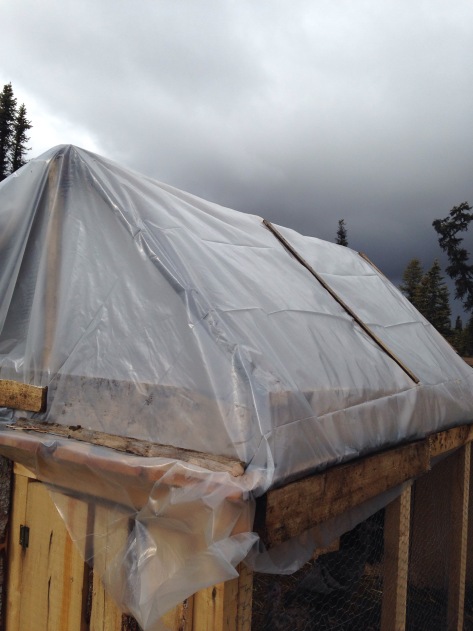 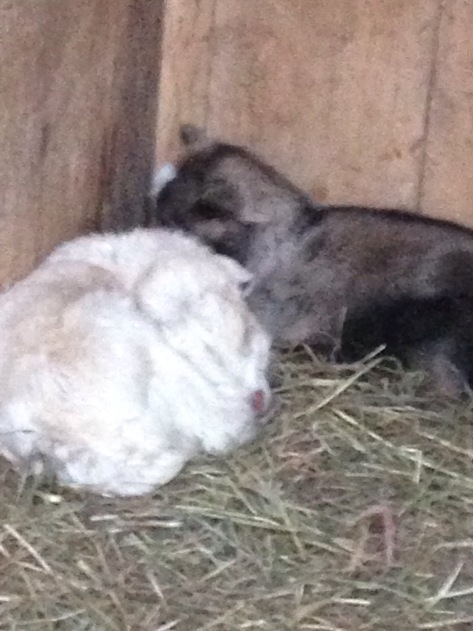 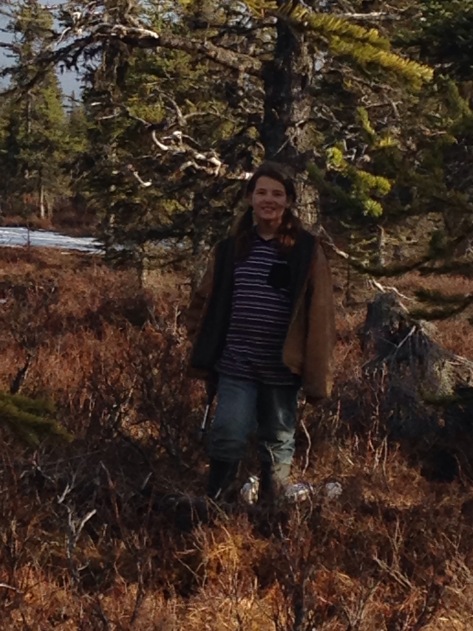 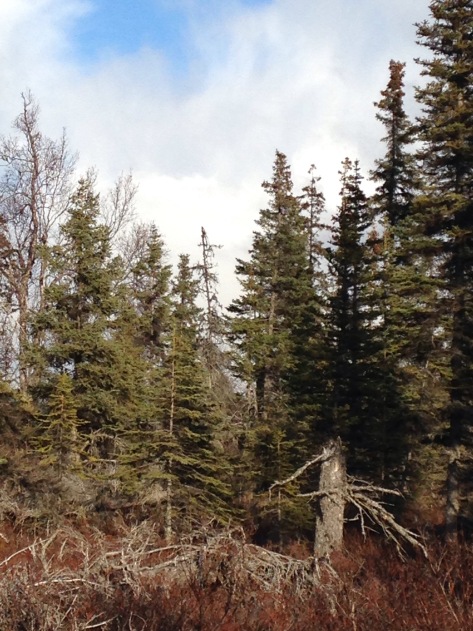 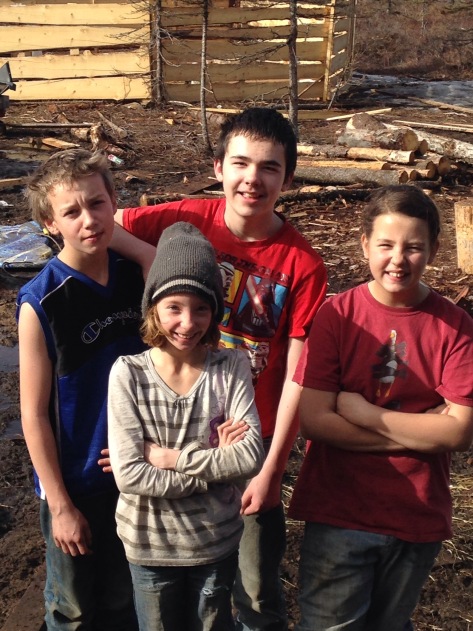 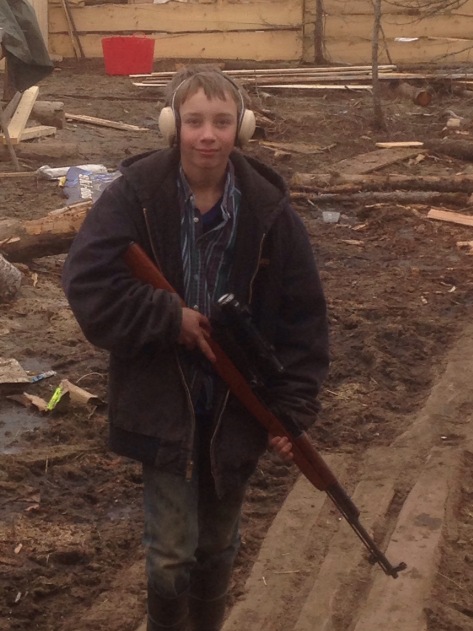 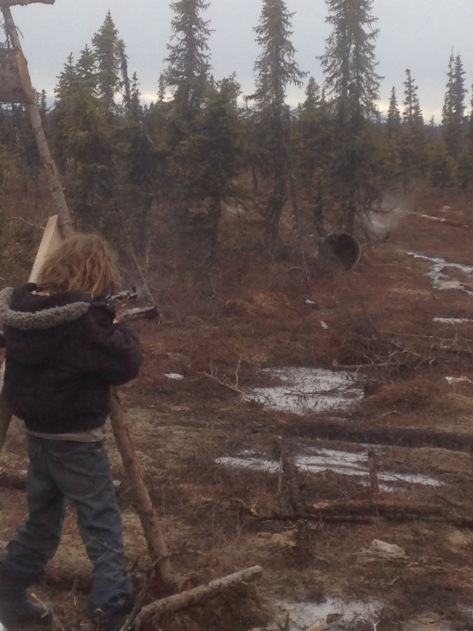 2 thoughts on “Playing in the dirt”