well it’s 10:30 pm and starting to get dark. I love Alaska in the spring! The days are longer,fiddlehead are starting to come up, the sap running and everything is turning green.

I’ve always loved springtime. It’s Gods promise fulfilled of new life. Everywhere you look there is something fresh and new. From the sprigs of grass poking through the soil that was just a couple of weeks ago frozen ground, to the new animal babies hopping and jumping around. Spring to me is a time of renewal. When the doors and windows get flung open to allow the ocean breeze to push the staleness of winter out and usher in the energizing scents of salty ocean air mixed with the aroma of the spruce trees, grasses and even the faint scent of manure that will fertilize the gardens. Yes I love spring!

The kids sure enjoyed the day today. It was 52 degrees out and the ran and played for hours. Sometimes you just have to skip school work and allow their imaginations to let go and be free.  There were hunts for moose taking place in the front yard with stick guns at the ready. After the game was processed, a feed sack “hide” was then made into “leather” knapsacks to carry their bounty back to home. Of course no good homesteader would be happy with just red meat so they caught their fish but a bear got it so they decided bear was next on the list. Then they had to defend the farm from some invisible force to which I’m not privy to as I am but a poor helpless civilian who needed protecting. Oh to have the imaginations of children. To find happiness with a stick and the freedom to be anywhere in your mind you choose but for this momma I am happy they chose home as their exotic place.

Mike returned home today and our wonderful friend Dan brought Papa Fred out. Papa Fred is indeed sporting a broken wrist so for now his cabin building must be put on hold. He will mend quickly if he just gives it time to heal. On a good note the doc told him he is as healthy as someone half his age.

My dear hubby is so awesome. He spent yesterday running papa Fred to the VA and digging raspberries for me. He then spent the night with Dan and Robin and what a time they had. Viewing pictures, telling stories and enjoying good company. It’s so nice having great neighbors.  Robin is currently incubating turkey eggs for me. She calls them her kids and watches over them like they were gold. I do pray they hatch. More so for her than myself as I don’t want to see her disappointed. I thank God daily for putting such loving people in our lives.

As I mentioned before Mike dug raspberry plants and stopped to share them with my lady friends out on the road. Mary gave him a sack of rhubarb for me to split and plant which I was very excited to get but then gave him 2 huge pots for me! I can now cook 30 gallons of sap at a time! Yes we are truly blessed! 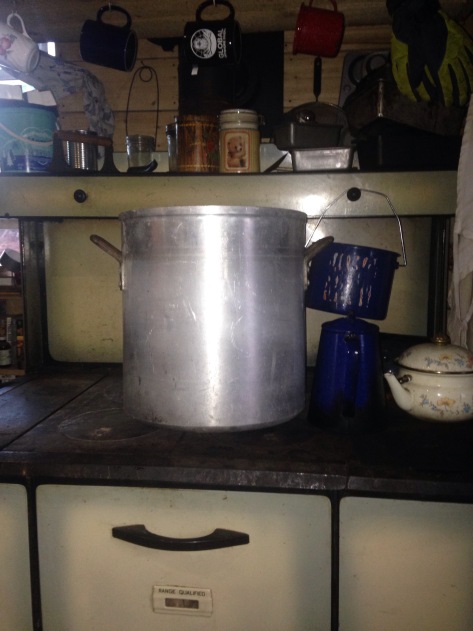 Today Mike disassembled the green house Robin gave me and then he and Dan loaded it on the trailer Dan pulls behind their side by side. The load was a bit much for these terrible trails and the trailer rolled. I was worried sick but soon he came pulling in the yard with a lighter load but no damage to his trailer or person so I said a quick prayer of thanks before getting steam rolled by 3 kids and a dog rushing out to greet him. Speaking of the dog-Missy was upset when she realized Dan did not have Robin yesterday when he came out and today she was just plain mad! She rushed out, seen no sign of Robin and did her grumbling/growl thing she does then went and pouted. Funny how dogs get attached to people.

Sunshine is in the forecast for the next week or so and that is good news! Much to be done and with the longer days we should get a lot accomplished. Tomorrow I will be busy planting rhubarb and raspberries-you can bet I will have visions of canning dancing through my head! 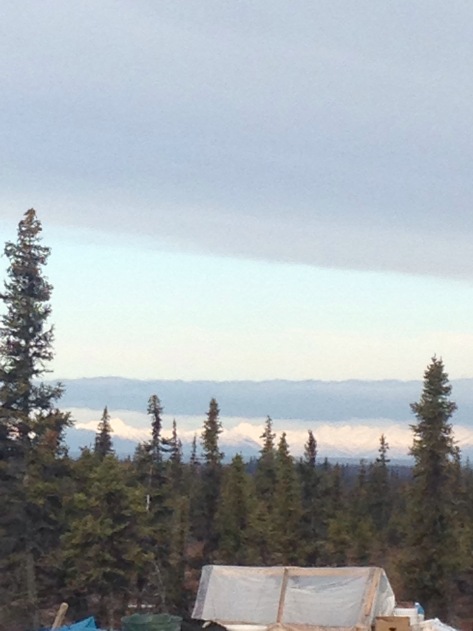 Well that’s about all I have to report as not much excitement but enough to remind us we are very much alive. I’ll leave you all with a prayer of Thanks and a hope that the sunshine warms your face tomorrow.