It’s been a year since we landed in Alaska and started out on this journey. Looking back we have definitely come a long way. Many lessons have been learned, a few sorrows and a lot of happiness found.  I thought a quick walk through our progress was just what my mind needed today as I sit and wait still for yet more 4 wheeler parts to get us mobile again.

Our first spring in Alaska began in April 2014 with experiencing the break up. For those of you unfamiliar with “the break up” it’s normally a fast process that takes 2-3 weeks of ice melting, water everywhere, then mud and finally drying up for the most part. We missed the drying up part-it didn’t happen. It rained, then rained some more and finally it rained even more!

April was spent slogging through the muck to attempt to quickly (ha ha) erect a cabin to shelter us at night from the bears and wolves.  In Alaska quickly means sometime in the next few years-lesson 1!

By May we had an Alaskan cabin erected. Yep a true Alaskan cabin-no roof!  But we did have four walls and a door-that was progress!  We were also uppity Alaskans as a blue tarp where the roof should of been was not for us we had a canvas roof-I liked to tell the kids “just like the pioneers”!

May it rained, June it rained are you getting the picture? I spent many nights up all night emptying the dips and Swales in the canvas “roof” to keep it somewhat dry inside. During the day we would dodge rain showers and attempt to quickly (yes that word still cracks me up) an outhouse and animal pens.

We had brought my beloved rabbits with us-yes I do love them as they keep us well fed. Babies were growing and new cages needed built and as you all well know the breed prolifically so many cages needed built.

June brought chickens, pigs, goats and Luna the rescue horse to the homestead and for me a broken foot. Keeping in true homesteader fashion I set it, made a makeshift cast, covered in an oversize boot and life went on, albeit a bit slower for me for the next 6 weeks. 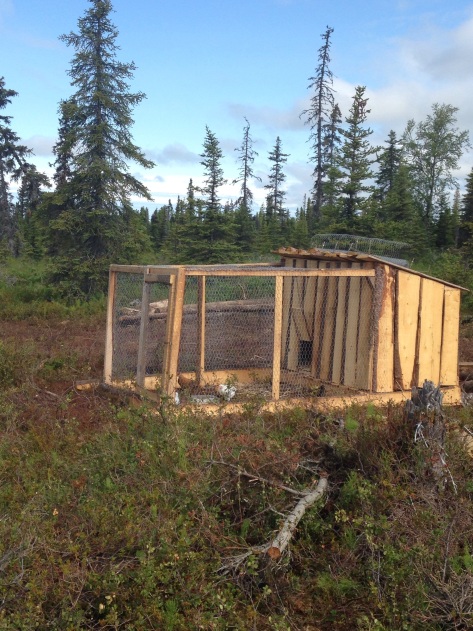 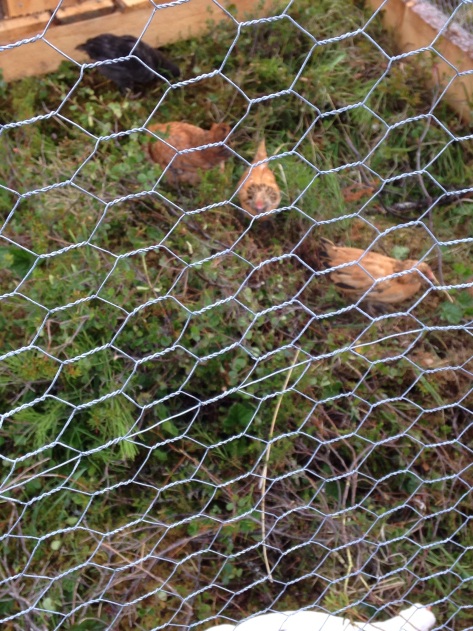 June also was when we completed (somewhat) the outhouse minus a door. Between animal pens and cutting wood for lumber it was a busy month of building and usually done in the rain.

July was much like June except it was a bit sunnier and the fireweed was blooming. Oh the fireweed!!!! If you’ve never experienced a field of fireweed as tall as you are you have not lived!

8 thoughts on “Happy Anniversary to us! Part one”